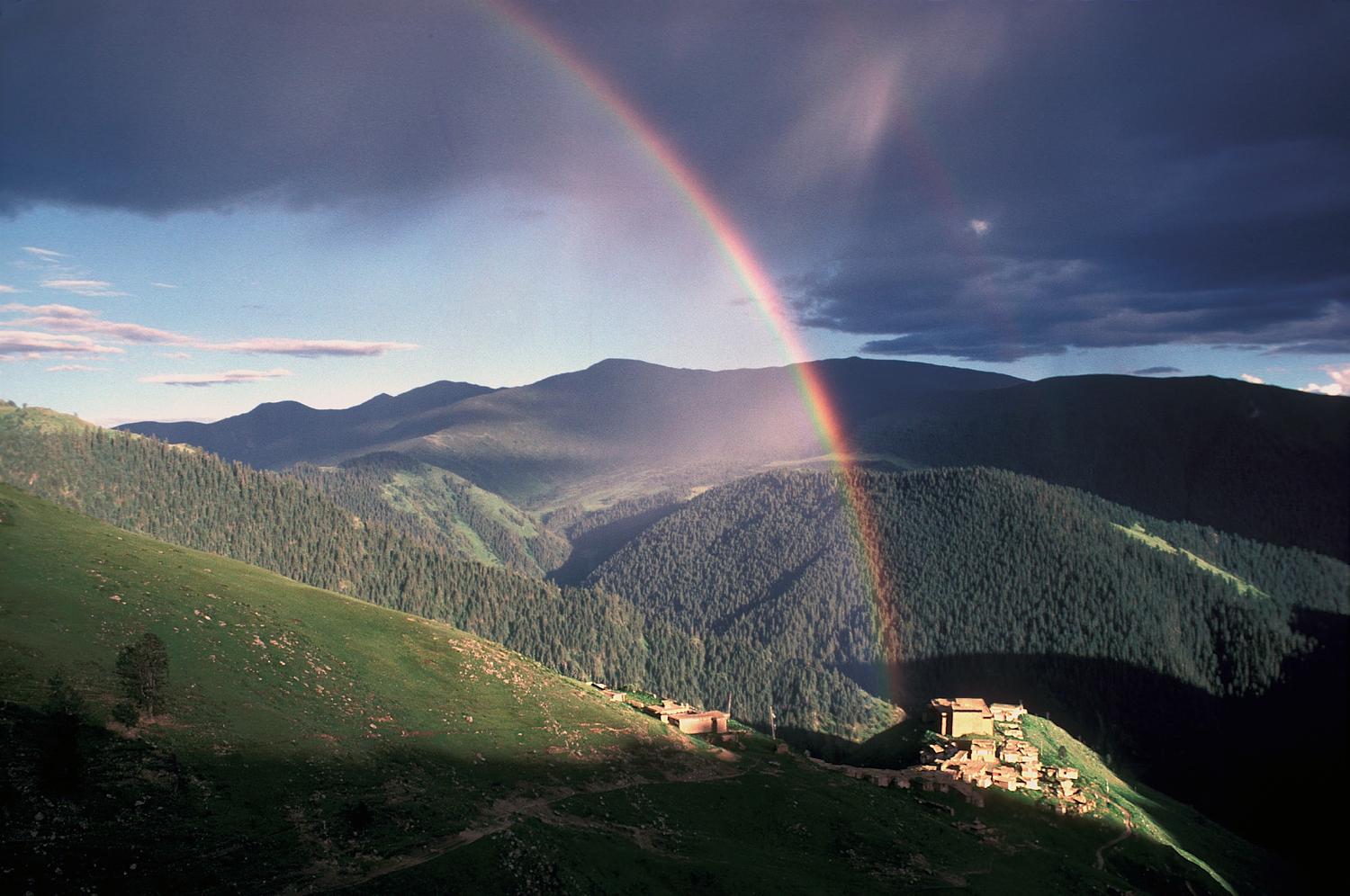 Is human nature inherently egoistic or altruistic?
Scientific investigation over the last 30 years has increasingly shifted the distorted view of human nature as motivated wholly by selfishness, a belief that long-dominated Western psychology and theories of evolution and economics.
Despite the violence and conflict that we constantly see in the media, studies show that violence has diminished continually over the past few centuries. Our everyday existence, too, is often filled with cooperation, friendship, affection and care.
Our era is confronted with many challenges, among them the imperative of reconciling the demands of three time scales—short, middle and long-term, on which three types of interests are superimposed: ours, the interests of those close to us, and those of all sentient beings. In the short term, we must respond to the immediate demands of the present economy; in the middle term, the search for happiness; and in the long term, the future health of the environment.
As for the environment, until recently its evolution has been measured in terms of geological and climatic eras over millions of years. In our day, the rhythm of change keeps accelerating because of ecological upheavals provoked by human activities. In particular, the “Great Acceleration” that has occurred since 1950 has defined a new era, called the Anthropocene (“era of humans”), in which, for the first time in history, human activities are profoundly modifying (and currently degrading) the entire system that maintains life on earth.
This completely new challenge has taken us by surprise. If our obsession with achieving quantitative growth continues, with consumption of natural resources increasing at its current exponential rate, we will need three planets by 2050. We don’t have them.
What can we do about this predicament? Only a revolutionary, unifying concept will lead us out of this complex maze of preoccupations. Over decades, my meetings with spiritual leaders, philosophers, psychologists, neuroscientists, economists, and environmentalists have convinced me that altruism is the Ariadne’s thread allowing us to connect harmoniously the challenges of the economy in the short term, quality of life in the mean term, and our future environment in the long term.
In line with Darwin’s emphasis on the importance of cooperation in nature, new advances in evolutionary theory allow us to envision an extended altruism that transcends the ties of family and tribe, and emphasizes the fact that human beings are essentially “SuperCooperators,” to use a term coined by Martin Nowak.
Evaluating the capacities for both individual and collective transformation is important if we want to encourage the development for a more altruistic society and a better world.

Thousands of years of contemplative practice attest to the power of individual transformation. This age-old wisdom has now been confirmed by neuroscience research showing that any form of training—such as learning to read or play an instrument—induces a restructuring in the brain, at both the functional and structural levels. The same kind of restructuring occurs when we cultivate benevolence and train in developing altruistic love and compassion.
How do we go from personal transformation to societal change? Recent studies by theoreticians such as Richerson and Boyd, authors of Not by Genes Alone, stress the importance of the evolution of cultures, which is slower than individual evolution but much faster than genetic changes. Cultural evolution is cumulative, transmitted over generations by education and imitation. Cultures and individuals continue to influence each other mutually. Individuals who grow up in a new culture are different, because their new habits transform their brain through neuroplasticity, and the expression of their genes through epigenetics. These individuals contribute to the evolution of their culture and their institutions, so that this process is repeated in every generation. We can thus look forward to a welcome evolution toward more cooperative and altruistic societies.
This ideal is well within our reach. Recent research has also shown that from early childhood we are wired to be cooperative and helpful. Even very young babies recognize kindness toward others and prefer it above mistreatment. At Paul Bloom’s “baby lab” at Yale University, infants 6 to 10 months old were able to recognize kind behavior and show their preference for kindness over mistreatment. Similarly, the Max Planck Institute in Leipzig found young toddlers from the age of 12 months spontaneously exhibiting behavior of mutual aid and cooperation, without teaching by adults or any prospect of a reward.
With this foundation, we can begin to promote a more altruistic society, by focusing on five points:

Altruism should not be relegated to the realm of noble utopian thinking maintained by a few big-hearted, naive people.

On the contrary, it is a determining factor of the quality of our existence, now and to come. We must have the insight to recognize this and the audacity to proclaim it. The altruism revolution is on its way.
Let us all be part of it.

Born in France in 1946, Matthieu Ricard is a Buddhist monk who left a career in cellular genetics to study Buddhism in the Himalayas over 45 years ago. As a trained scientist and Buddhist monk, he is uniquely positioned in the dialogue between East and West. He is an international best-selling author and a prominent speaker on the world stage, celebrated at the World Economic Forum at Davos and at TED where over six million people have viewed his talk on happiness. His masterwork, Altruism: The Power of Compassion to Change Yourself and the World has been a bestseller in France and was released in English in June 2015.
www.Karuna-Shechen.org
www.MatthieuRicard.com