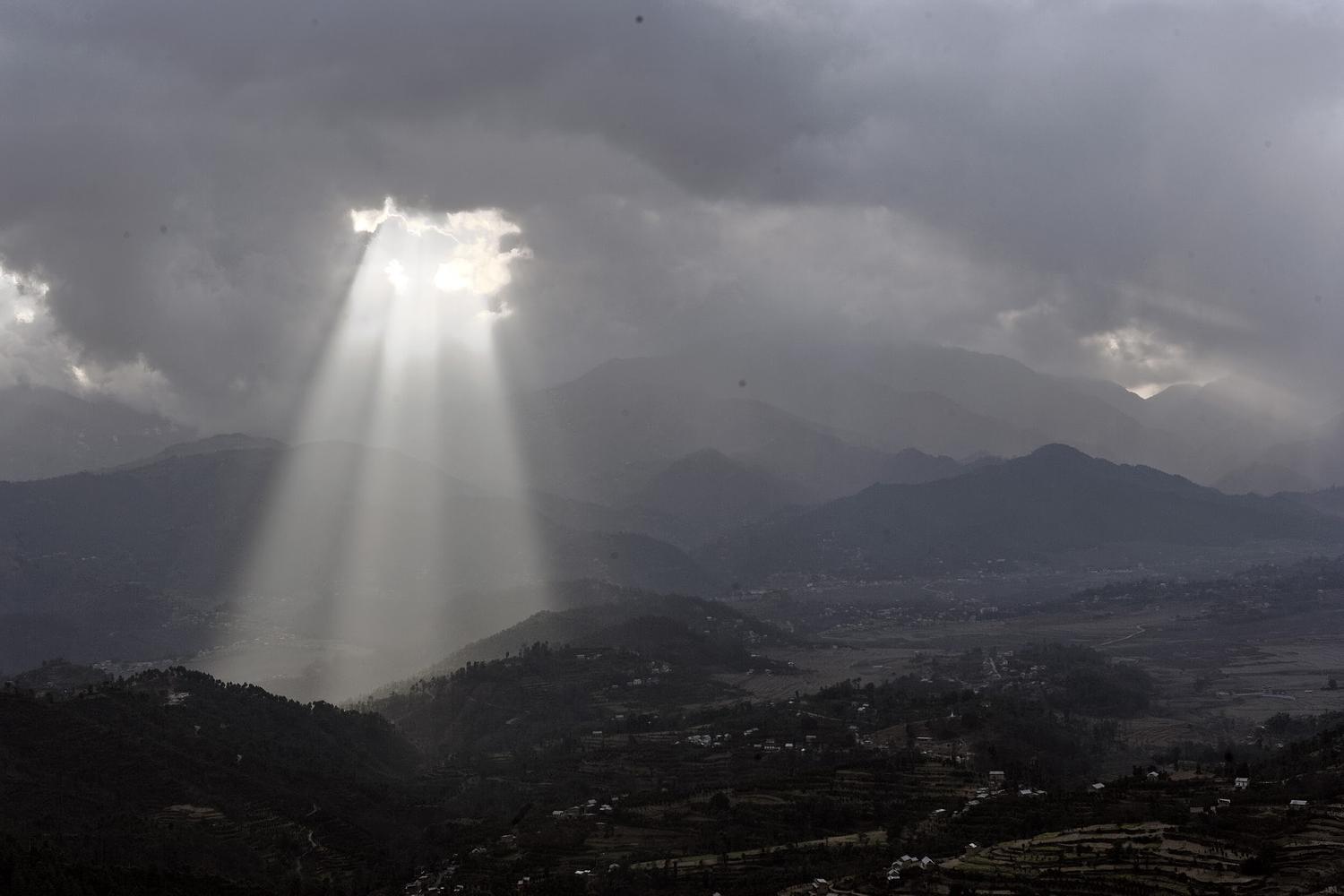 
I have been very inspired by the research done over the recent years demonstrating that even as infants we are wired to be cooperative and helpful.
At the Max Planck Institute of Leipzig, Michael Tomasello and Felix Warneken have established that children, from the age of one who are just beginning to learn to walk and speak, spontaneously exhibit behavior of mutual aid and cooperation that they were not taught to them by adults.
In one experiment, very young children spontaneously offered to help the researcher complete various tasks; they picked up objects that had fallen to the floor to help. As Warneken notes in a BBC interview:

The results were astonishing because these children are so young — they still wear diapers and are barely able to use language, but they already show helping behavior.

Children specifically recognized a situation in which the adult really needed help. They were able to distinguish if an adult deliberately threw a clothespin on the ground or accidentally dropped it. [1]
It is particularly interesting to note that if children get rewarded for their help, their propensity to help does not increase. Quite the contrary. Children who were rewarded offered their help less often than those to whom nothing was given.
Warneken and Tomasello:

This rather surprising finding provides even further evidence for the hypothesis that children’s helping is driven by an intrinsic rather than an extrinsic motivation.

It also turns out that babies and infants prefer people who behave kindly towards other people to those who treat them with hostility. In Paul Bloom’s laboratory at Yale University, Kiley Hamlin showed six to ten months-old babies a video in which a red ball with big eyes tried to climb a hill. In some instances, a yellow square went behind the ball and gently nudged it up the hill (helping); in others, a green triangle went in front of it and pushed it down (hindering). Then the experimenter placed a replica of the helper and the hinderer on a tray to see which one the baby would reach for. The infants overwhelmingly preferred the helpful one. [2] The research showed that even three-month old babies display the same preferences. [3]

Happier to Give Than to Receive

The Tendency to Help Others Is Innate

Michael Tomasello concludes that helping behavior manifests very early, long before parents have inculcated in their children the rules of sociability, and that pressure does not determine this behavior. The discovery of similar behavior among the great apes leads him to think that behavior of altruistic cooperation is deeply anchored in our nature and was already present in the common ancestor of humans and chimpanzees some six million years ago. [5]

After the age of five children begin to discriminate according to degrees of kinship, reciprocal behavior, and the cultural norms inculcated in the child. The child’s altruistic behavior thus becomes more selective since, in order to be maintained over the course of generations, it needs to be linked with mechanisms that protect individuals against exploitation by others.
Between the ages of ten and twelve, the child thinks more about what “being a good person” means and about how to make her actions harmonize with morality, both innate and learned from peers. This leads the child to understand, for instance, that some sufferings result from belonging to an oppressed community, and thus to feel sympathy for such victims even though he has never been in touch with them.
In adolescence and adulthood, some people extend their circle of altruism and experience a profound feeling of “shared humanity” with other human beings, and empathy for people who are suffering.
We select the education practices that reflect our concepts of childhood. If we recognize that children are born with a natural propensity for empathy and altruism, we can structure their education to accompany and facilitate the development of that predisposition.
A wise education should highlight the interdependence that reigns between people, animals, and our natural environment. By being taught to put more emphasis on cooperation than on competition, and on caring rather than indifference, children will be better equipped to contribute to a more altruistic society.